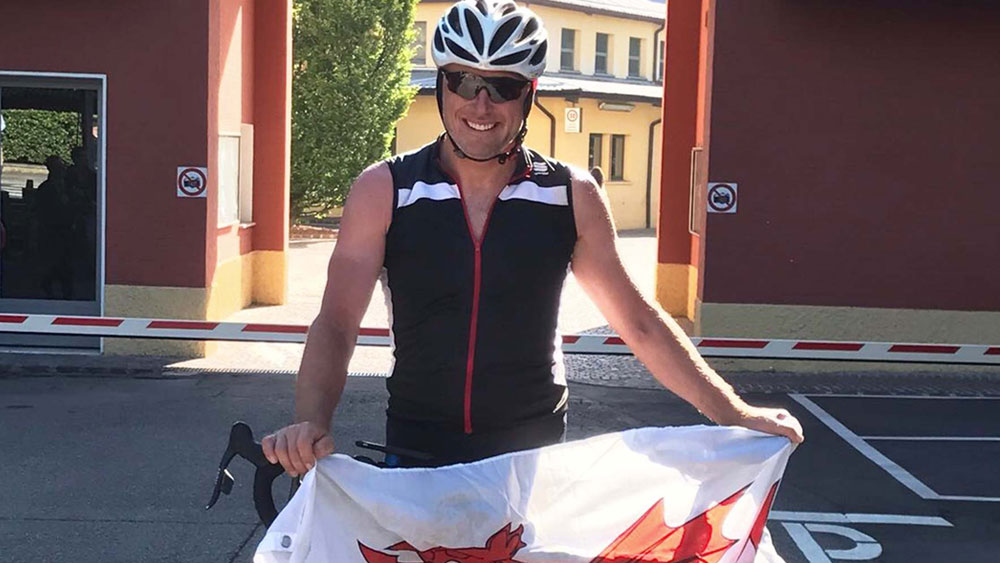 Eco-Readymix Director Gary Billington cycled 1000 miles from Wrexham in North Wales to Modena in Italy to raise an incredible £10,000 for Ronald McDonald House in the Alder Hey Children’s Hospital, Liverpool.

The monster ride took Gary 10 days to complete, and his support team, which consisted of wife Paula, Peter from Eco-Readymix and close friends Paul and Barbra, drove the 1000 miles and organised meals, accommodation and those all-important bike repairs along the way.

No stranger to feats of endurance, Gary has done more than 20 marathons over the years, including London, Boston and New York. He even tackled an Iron Man in France a few years ago. But after losing part of his foot in an accident, running became difficult and he decided to take up cycling.

And if the Welsh hills were not hard enough, he wanted to do something different to ramp up the fundraising and set his sights on the Alps. More than 12 months of training went into the build-up for the trip to Italy and, due to his foot problem, there were times when the bike ride looked like it would have to be cancelled.

But Gary would not be beaten – and it was well worth it in the end.

“The cycle ride was extremely tough, but it was all worth it in the end when the final figure came through.

“Ronald Macdonald House has always been close to my heart. My niece is currently there, and it has become somewhere as a family we have visited many times, so it is always special to be able to support the fantastic job they do.

“The organisation costs 600k a year just to stand still and it is 100% reliant on fundraising to do so, so it really is a worthy cause for the 10K.

“I’d like to say a big thank you to everyone who sponsored the ride and also to my support team who were brilliant.”